photo; Taken from a helicopter by Rick Tomlinson. we were on are way back from Wolf Rock when this was shoot. shortly after this Rick radioed in to let us know that there was thick fog ahead!! - Skipper Najad 30' rib "Truant" as photo chase boat for Rolex Fastnet Race, followed from the Solent to Plymouth and then met them on the way back at the Scilly Isles 08/2001 - Skipper Najad 30' rib "Truant" at Cowes Week for United Airlines, support boat and media team 07/2001 - Skipp 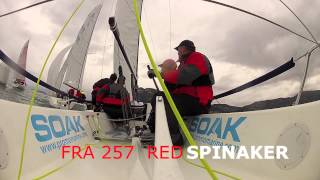